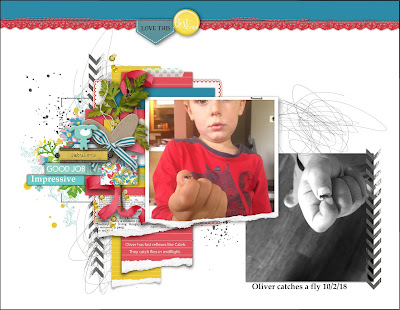 These grandchildren of mine never cease to amaze me. I could hardly believe it when I saw Caleb just reach up and grab a fly in mid air. Now his younger brother, Oliver, is doing the same. While I wouldn't want to do it myself, their quick reflexes really do impress me.

It certainly does beat chasing the fly around the house for 10 minutes while wielding a fly swatter.

Not only does he catch the fly, but he practices catch and release as well. Not that I am for catch and release, I'm not. But in the fly's case, it is fine with me give it freedom, to let it go freely on it's way outdoors. It just has to respect my borders.