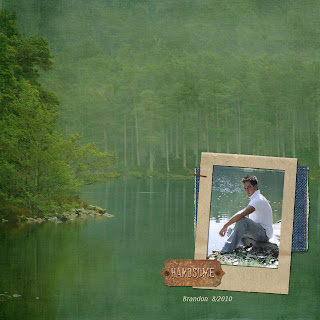 It is harder to keep up with the grandchildren once they have their own lives; but at least I get a glimpse of them on face book now and then.  That is where I found this picture of our grandson Brandon.  Some of the shots are not to an old grandmother's liking, but he is a handsome man.   This picture was taken in August of 2010, at least that is when it was posted, while he was still here in Ohio.  Now he seems very happy to reside in Florida where he can enjoy the sun all winter long.
Received this email today.  I didn't pass it on, but I'm posting it here. 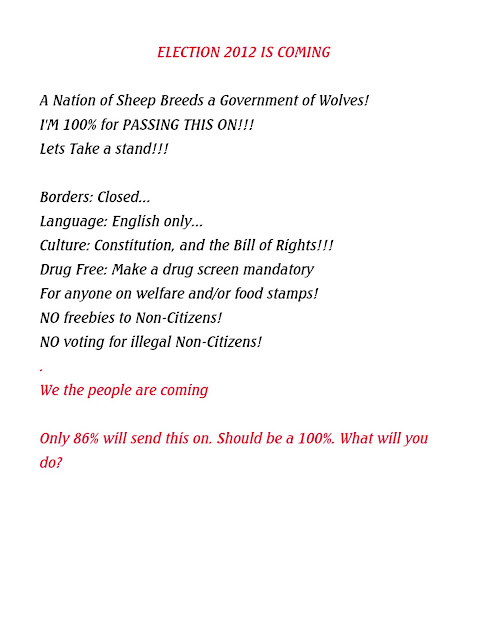 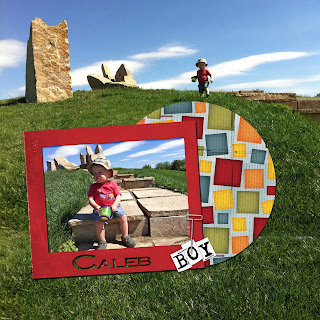 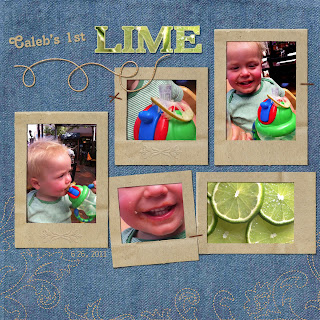 It was good to see Caleb with a lime.  I love that he is just like his daddy was when he was little.  He would try anything and like it.  That lasted until he went to school.  I don't know why, but he got more picky.

Look at Caleb's smile!  I think he likes that green citrus.  I'll have to buy one for him to share with his cousins when he is here.

How does one segway from limes to bombs?  I don't know but there are lots of claims out  that Iran now has a nuclear bomb and plans to test it sometime this year. Of course, evidently our administration is not worried  or it  would have never released any of our  oil reserves.

Does it seems strange to you that a government would require all citizens to prove they are insured; but it will not make sure all  are citizens?  In other words, one could vote without showing some identification, but they must prove they are insured.  Doesn't it make sense in that case to require an insurance confirmation to vote?
Posted by cropalot at 10:33 PM No comments: 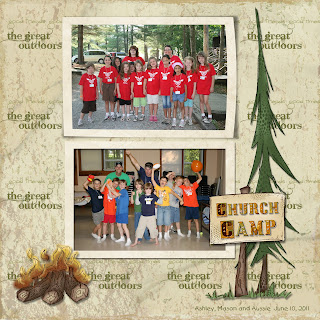 The triplets went off to church camp this summer.  It was their first camping experience without mom and/ or dad.  Everything went well and they had a good time.  Since they've been back, they've attended a couple of Vacation Bible Schools.  It is good to see them making new friends.

Wouldn't it be nice if everyone were friends? It is a perfect dream, but it isn't going to happen. It never will.  The Bible tells us there will always be wars and rumors of wars.  There will always be people who are jealous of other people, who want what someone else has or who just hate others for one reason or another.  As good as our country has been to others in the world, there are those who do not like us.  To state it truthfully, there are those who hate us so badly they want to kill us all.  Being kind to them does not help.  As the old saying goes, give them an inch and they take a mile.  We must be ready to defend ourselves and our loved ones at all times.  Which brings me to mention a recent action that puts us in a more perilous position.

Our present government officials have just released precious oil reserves our nation has stored just in case of national disaster, a time when we must either have it because of disruption in our oil supply or to defend ourselves against an enemy.  And why was it released?  Why would someone do that without a disruption of that supply or a danger to our country?  And especially why would it be done when that oil was purchased years ago at a very low price and now it will have to be replaced at a much higher price?  Think  about it.  Is it ignorance or is there a detrimental purpose?

There is even more at stake than our economy, which has already been compromised by all the stimulus giveaways of our citizens' money and of our children's and grandchildren's money for years to come.

Think about it.
Posted by cropalot at 10:42 PM No comments: 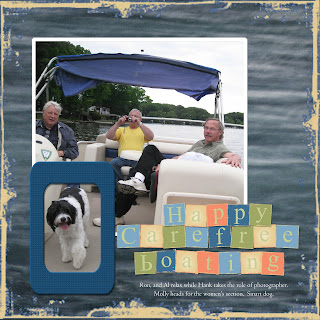 Even though I constantly carry at least a point and shoot, sometimes I just plain fail to get the pictures I need to take. At a time like that I value those who bring their  cameras along  on an adventure.
Yesterday we had two extra cameras.  Hank and Al both took some shots and best of all, Al emailed his to me in time to get some on the blog last night. Since I didn't have time to do a layout then, I've done it today and you can now see it on last night's blog. It had a picture of us girls and a couple of shots of craziness on the lake.  Tonight, I'm showing you a picture I made of the guys and doll (Molly).  I haven't yet seen Hank's pictures.  Will I?  Only Hank knows the answer.
But I bet he doesn't know the answer to this question.  (If you do, Hank, please let me know.)
Who will be the Republican nominee for president?  I've been studying this issue and am about to decide whom I would like to see in that spot. I think I have the answer. I'm very pleased by two who are not officially candidates at this time, but I am looking forward to seeing at least one of those two declare candidacy. Boy will I be excited for our country if it indeed works out the way I'm leaning!
I was beginning  to fear there was no hope, since Romney (whom I love as a person, speaker and businessman) has made too many serious mistakes as governor and candidate.  We don't want anyone who thinks he has to appeal to the left. I see all of us who vote for the best candidate and not the party, leaning toward the one who can bring our country back from the brink of disaster with a  good fiscal policy instead of tax, tax, tax  and spend, spend, spend. We need someone who is not afraid to tell the truth.
Posted by cropalot at 10:27 PM No comments: 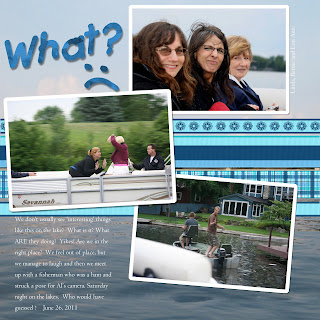 Boating was particularly fun this evening.  We sure had a variety of experiences, all with  a non participatory role. We just happened to be in the right places at the right time and view some really unusual things in addition to seeing a wedding at the time the woman and man were pronounced husband and wife on a deck overlooking the lake.  Later we witnessed these two women in a boat. Someone  could  write a book about them and sell it to Hollywood.  Then when Al was photographing some fishermen, one decided to be a ham.  That was funny.

We need funny sometimes to keep our spirits up.

Did you see the latest figures going around about the change under the present administration?